a back porch reveal, homemade marshmallows and graham crackers, and a simple canada day party 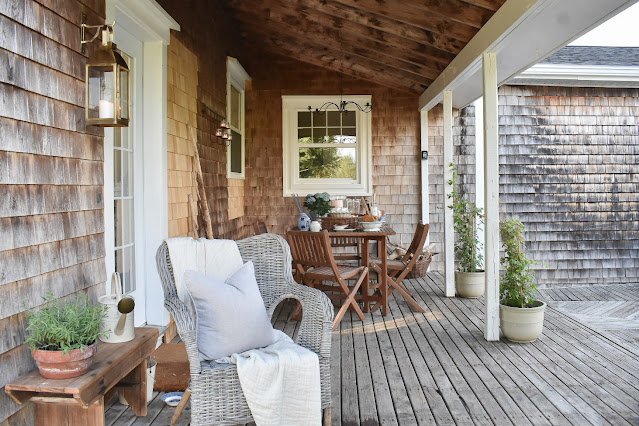 Cleaning up and making our side porch more inviting has been something that I've been wanting to do for weeks. This is the entrance we use daily as our driveway circles around in the back of the house, and this is the more convenient entrance into the kitchen. It's also where we sit under the covered porch and spend time enjoying the backyard and views of the river.
This back deck was in rough shape. Actually, it's still in pretty rough shape, so for the time being, this was an aesthetic project. One day, the entire lower deck portion will be removed completely and a new porch with proper posts and steps will replace this existing one. But that isn't happening any time soon. Because the lower deck is in such bad shape, we don't use most of it (just the parts with the steps). It would be easy enough to remove the lower part, but it's one of those projects that unravel and become much larger. Removing the lower parts mean building new steps, and building new steps means replacing the porch floor, and doing that means we might as well do the posts at the same time... And so on. So for now it stays and I just did my best to make it look inviting and not quite so worn.
So first, the before. 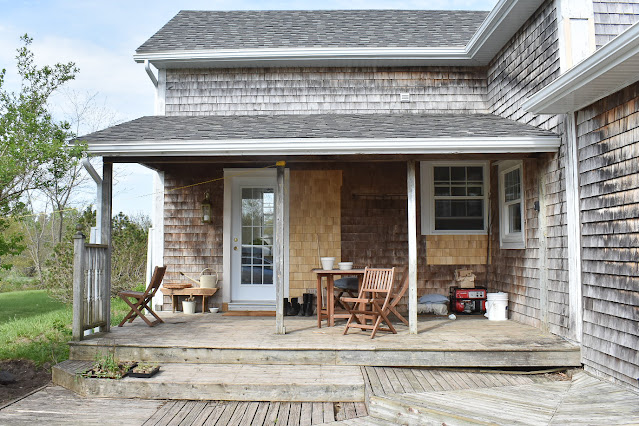 And now, our after. Or, somewhat after. The for now after. 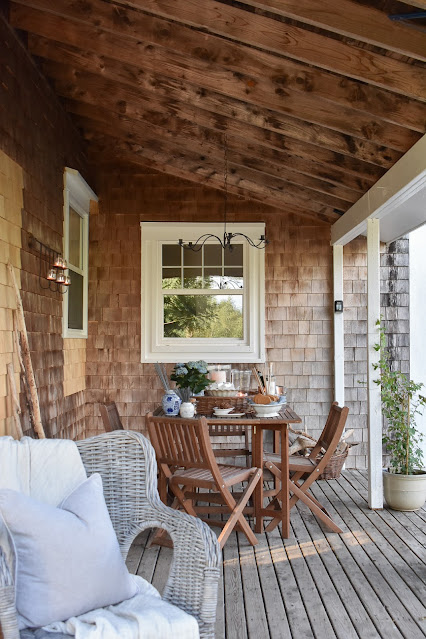 First, I established what I wanted from the space - a dining area for eating outside, and a small sitting area, as it's where I have my coffee in the morning and sit to watch the kids playing in the yard.
Then everything was scrubbed down and what was painted got a fresh coat of paint, including the poles, soffits and fascia. Because this was an aesthetic project, I used what I had to furnish it. This was a patio set we purchased years ago from Costco (I believe it was $140 for the set, which came with a table that folds in smaller and four chairs). I also had the planters from our previous side entrance, as well as some large crocks which I used for additional planters. 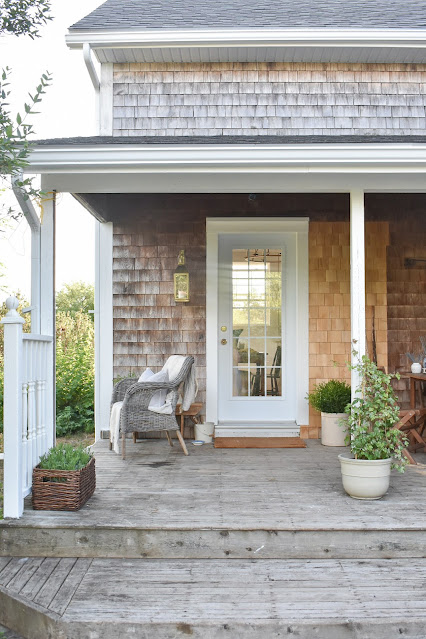 It's amazing how much a coat of paint and some plants breathe life into a space. 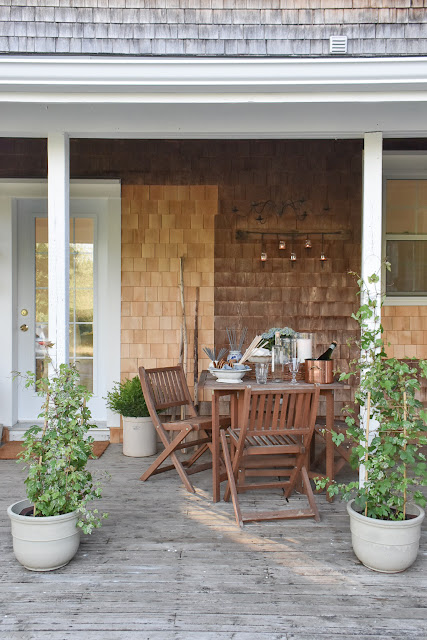 I planted Porcelain Berry in the pots and added wire to the poles to help train the vines to grow up the poles. They will eventually climb up and then over to fill out around the entrance with greenery. 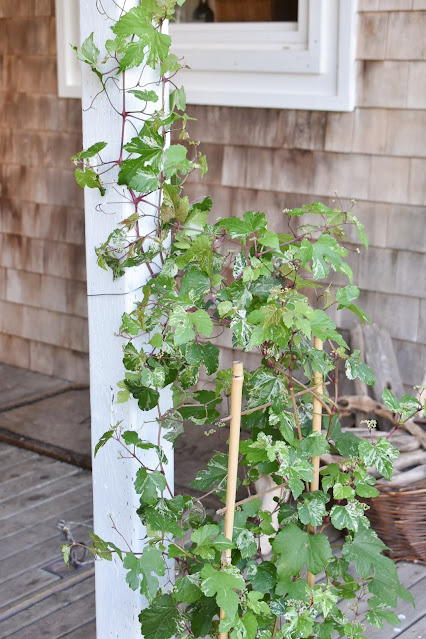 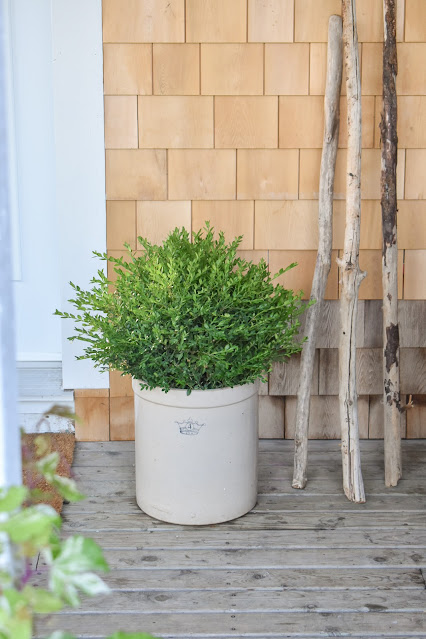 A large boxwood is planted in a crock by the door. Because of the limited light that reaches into the porch, the boxwood is the perfect plant. 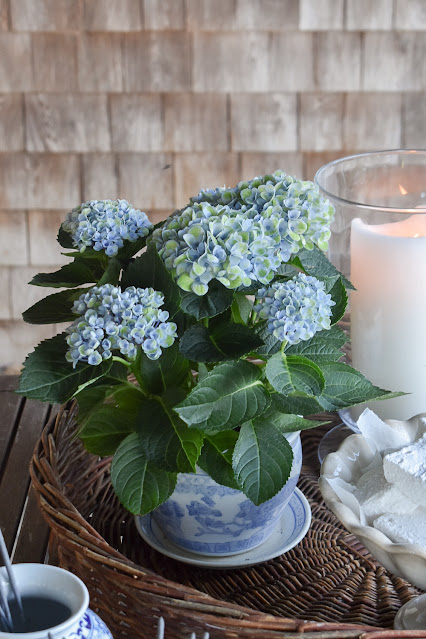 The little potted hydrangea just reminds me of Nantucket! 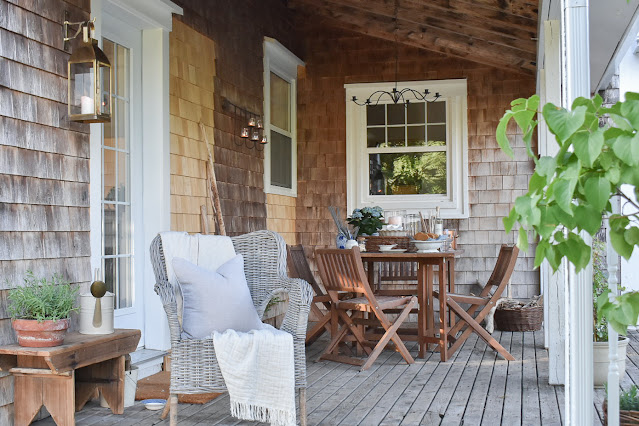 The hanging lantern adds character to the door, even though it's not wired in, just a candle. The little holders on the wall with votives was already there, I just added the little glass pots. And the hanging candle holder was something we've had for years and I think was originally something from Ikea.
My goal was to have the porch finished in time for our Canada Day party and it came together beautifully, especially given the extremely limited budget! Proof that a little sweat and paint, not to mention a decent stash of antiques, can go such a long way. We planned a fun little evening at home.
Sliders, Sparklers and S'mores 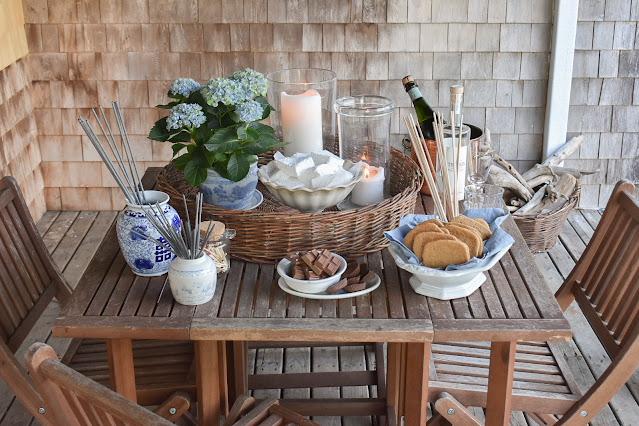 Since I wasn't having to prepare any sort of complicated menu, I decided to make the s'mores a little extra special and tried a couple new recipes - homemade graham crackers and homemade marshmallows! 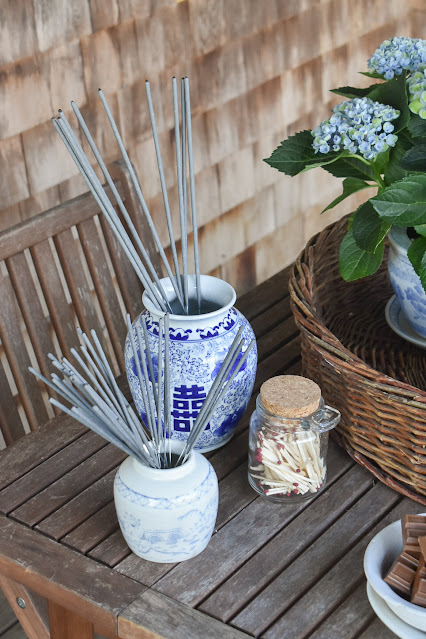 I picked up some sparklers from the dollar store. We didn't go see fireworks or anything this year as most festivities were being skipped, but the sparklers are fun things for the boys that feel festive. 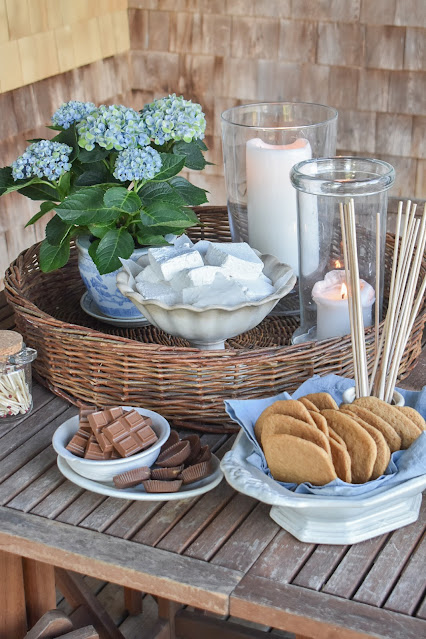 Everything was just set out on the table, candles were lit, a bottle of sparkling wine was opened and Ryan made a fire. 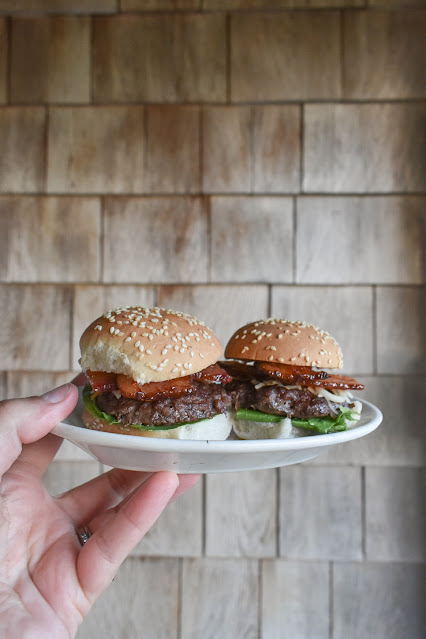 The sliders were as simple as could be. I just shape small patties and do them under the broiler in the oven. Then I fix them with bacon, cheese and lettuce and whatever other condiments. 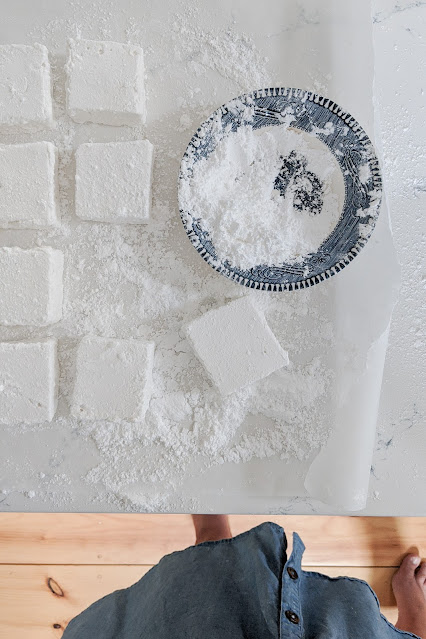 This was my first time attempting marshmallows! Actually, this may have even been my first time using gelatin. They were quite easy and really are so delicious. I will definitely be making them again, but maybe in some new flavours like toasted coconut or mint. The recipe is from the cookbook of a charming little Canadian bakeshop in Vancouver called Butter Baked Goods. They're famous for their marshmallows. (All of Rosie's cookbooks are so sweet, and the bakery, which I visited while on the West coast, is the prettiest little bakery ever!) You can google the recipe. 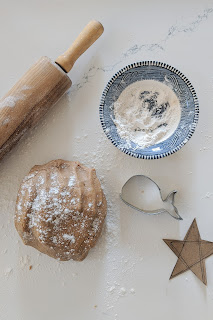 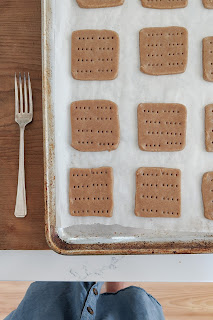 The recipe for graham crackers is also from her cookbook, however I want to try this one again. I wasn't happy with it. They were tasty, but not what I was expecting and the dough was really tricky to work with. I had substituted corn syrup for the honey that was called for and I don't think it worked as well. I will try it again with honey and see if that helps. 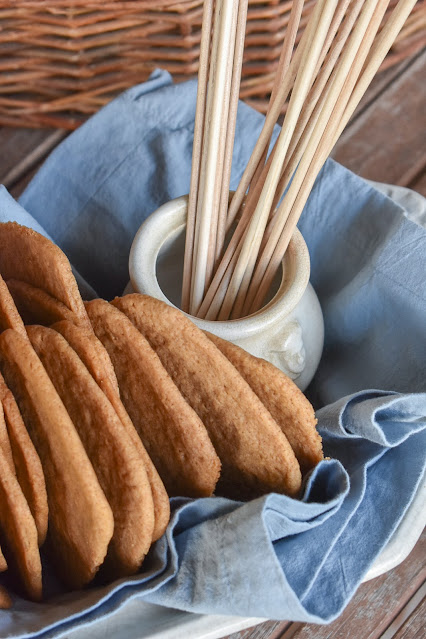 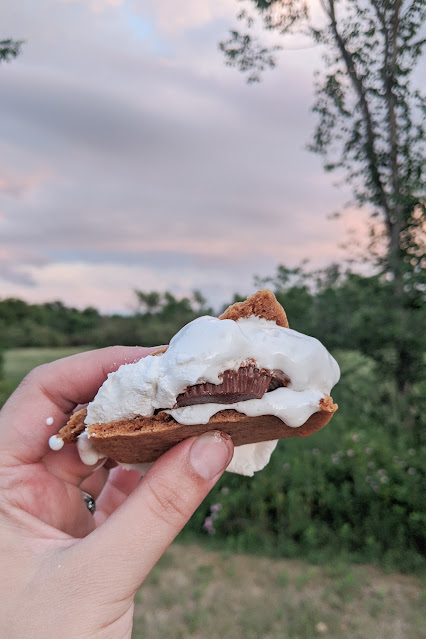 The s'mores were so tasty, but the homemade marshmallows aren't the best for roasting. They're so soft and fluffy and just kind of melt. In the shop, the use a blow torch, and sandwich them between the crackers and cover them in melted chocolate! That's really the best idea, but we had fun regardless. 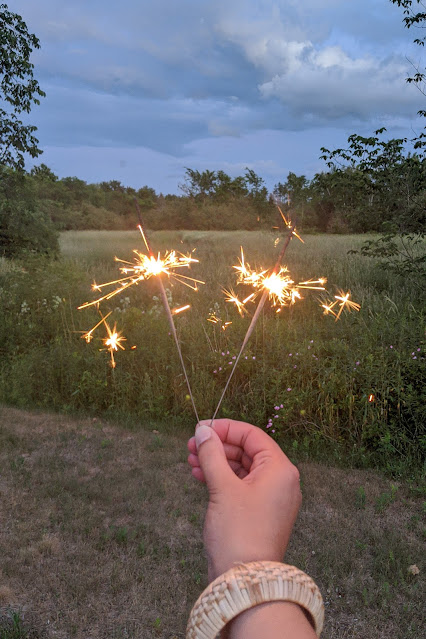 I hope you all had a lovely Canada Day, and for those of you who are celebrating the fourth of July tomorrow, have a lovely weekend!!
Posted by the growers daughter at 4:41 PM