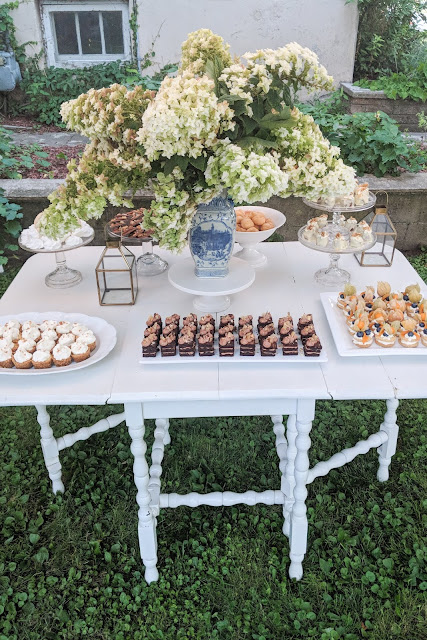 Every first weekend of August, our town, located at the entrance to the Welland Canal (which connects Lake Erie to Lake Ontario), hosts Canal Days. Tall ships sail in, vendors line the promenade, the smell of funnel cake seems to fill the air and live bands in the park can be heard late into the evening. Then, on Sunday, they host a parade of boats all strung with twinkle lights in every colour, and end the evening with the most spectacular fireworks display we have ever seen. We joke that the first year we moved here, we thought someone surely had accidentally added a zero to the end of that year's budget. It's that good! Being at the corner, just one block from the promenade, our front yard has the perfect view. So we make the most of it and host a BBQ every year.

This year was extra special because Ryan happens to be turning forty. I decided to invite our friends, many of whom he's known since he was a teenager, and surprise him. Because there were so many people invited and I really wanted to just enjoy the evening, I skipped the BBQ and stuck to things people could just nibble on. I did one very large charcuterie and cheese board, as well as a dessert table. To make it fun, I set up a s'mores station, and later, had pails of snacks and little bags for during the fireworks show.

In lieu of gifts, people brought a favourite craft beer and threw it in the tubs to try throughout the evening. Ryan (and many of his friends) are quite into local craft breweries, so he loved this.

And because it was an extra special occasion, we hired a live band. This was my favourite part of the evening. It added so much to the ambiance and really, made the whole evening feel so special. You can pop over to my highlights on Instagram and see them, and the rest of the details. It was a lot of work, right up to the last moment, so honestly, I didn't get tons of photos, but that's okay. At least I managed to snap a few! 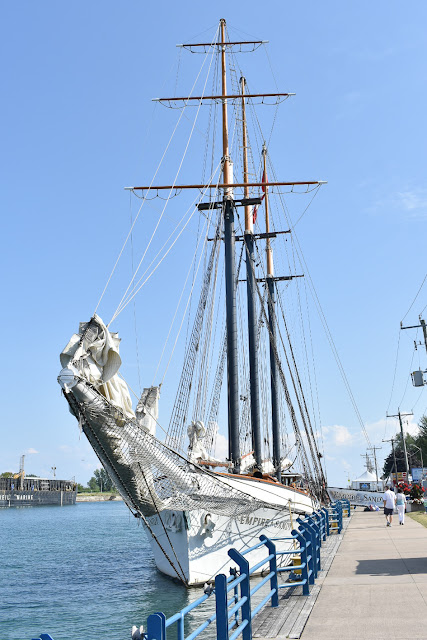 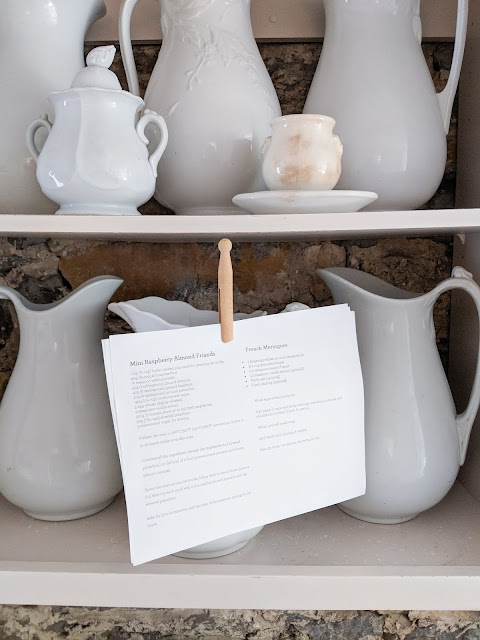 In order to make this more manageable for myself, I took the desserts I was going to make, and divided them up over the entire week. I would make one or two each day, prep them, and then freeze them. As the party wasn't until 8 in the evening, I had some time before to assemble everything. 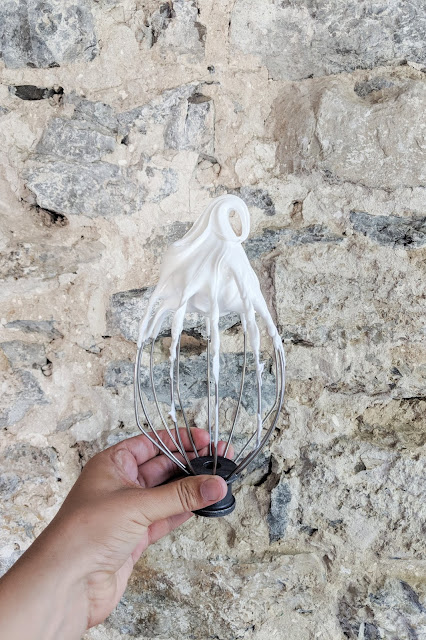 Things like chocolate pavement and meringues can be stored in airtight containers for days, and cake layers and macarons actually do really well frozen ahead of time. They develop more flavour. Buttercreams and fillings can also be made ahead of time and stored right in piping bags. 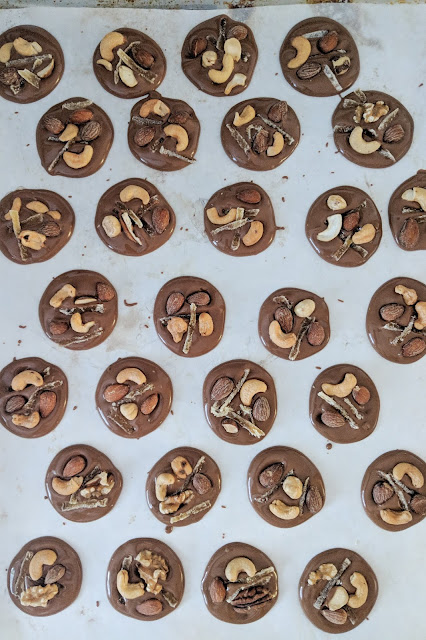 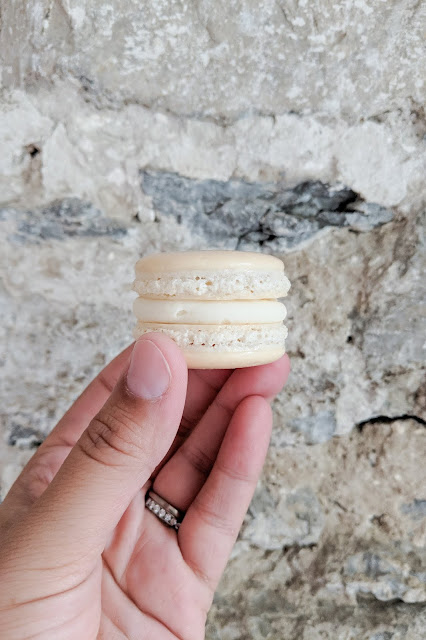 I also started setting aside all of the things that needed to be set up days ahead of time. We have a second kitchen in our home, which belongs to our attached apartment (which is open to our home now). It helps to have the extra fridge space, but it also is empty storage space and out of sight. So I just set everything in there, so come the day of, it just needed to be moved outside. I set up cups and drink stations, gathered candles and lanterns, had the snack and s'more stations ready to be filled - it made setting up so much less stressful. 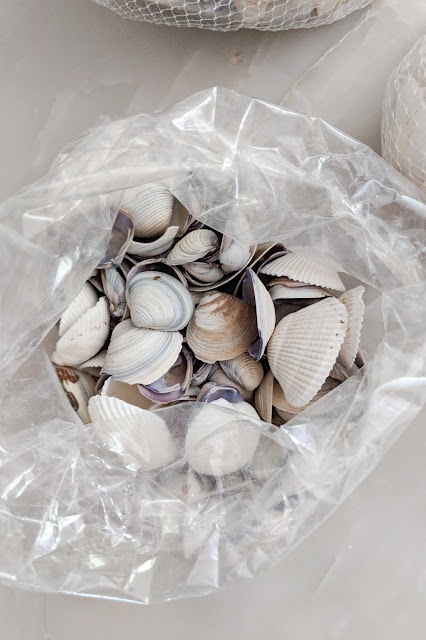 I tried to keep the decor simple. We borrowed a large white market tent from my parents. It was really simple, but once we strung garden lights under it, and set up the buffet tables, it felt special. I used lots of candles and flowers cut from our gardens. We strung twinkle lights all over the yard, days ahead of time, and flower pots with votives inside, on stakes, placed throughout the gardens. 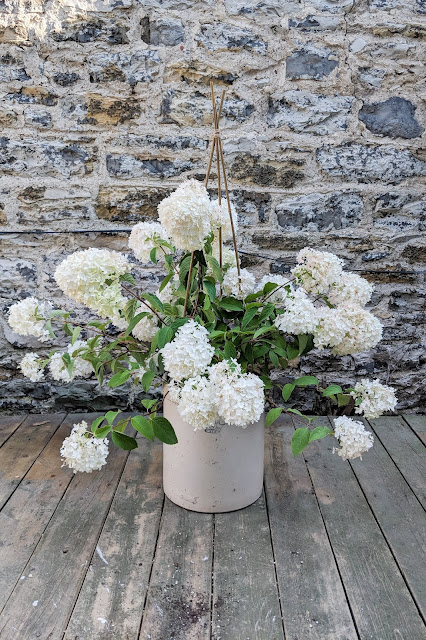 I found these large PeeGee Hydrangeas at our local garden center (BOGO 50% off). They're much larger than floral centerpieces and looked really pretty planted in old crocks with bamboo stakes. 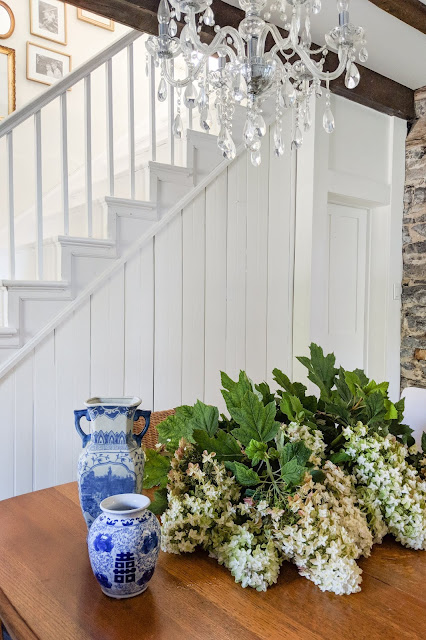 I also cut Oakleaf Hydrangeas from the garden. They made the most full, lush centerpiece. 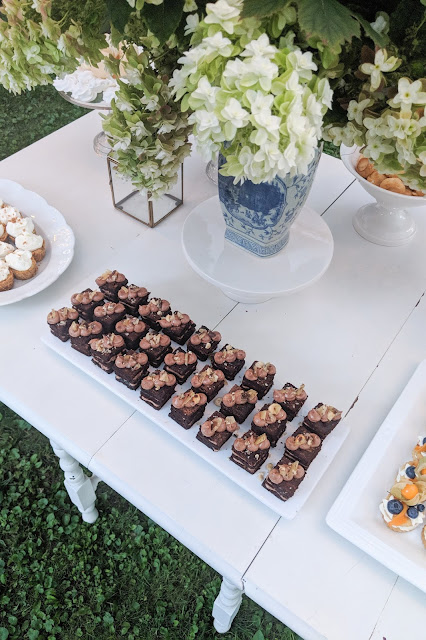 Then I arranged the desserts of a variety of white platters and antique glass cake plates on an old table I had. Here was the dessert menu. I've linked the ones that I have recipes for as many of you messaged asking for those.

Now, just to add a little reality, because I'm not a professional chef, or a caterer, let me make a few comments on these desserts.

First, always include a few things you know will work. I used my foolproof chocolate cake recipe from Nine + Sixteen, and Jenny Steffens Hobick's Easy Creamy Lemon pie recipe. I've made both so many times over, I knew I could count on them.

Second, simple things, with a little effort, can look really beautiful, and therefore more special than they are. Meringues are super easy to make, but they look really pretty. And the basic chocolate cake looks really fancy when it's thin slices cut out with pretty piping.

Thirdly, thanks to the wonderful Ina, remember, not everything has to be homemade! It's okay! It's taken me a number of years to be okay with that. For example, the cream puffs were from Costco. Sure I could have made them, but when put in a pretty footed bowl next to the rest of the desserts, no one noticed. And sometimes, maybe it's not entirely store-bought, but it's re-purposed. Like the Carrot Cake truffles. I bought a good quality carrot cake that was iced, smashed it all up together, rolled it in balls, dipped them in melted white chocolate and then added some pretty details on top.

Fourthly, not everything turns out. I had Coconut Cream Tarts that were in little Macaroon tart shells on the menu, and do you know what, first the shells wouldn't come out in the slightest. Then, the coconut filling didn't set and was a runny mess. In the trash the went, and I moved on. Also, the macarons, while my best attempt yet, weren't perfect. But they looked pretty and tasted good! Also, the day of, I completely forgot to put out two of the desserts - the raspberry friands that sat waiting for their final dusting of powdered sugar, and the petit fours that I had stored in our other freezer and forgot about. Oh well. The kids enjoyed them with tea days after and no one missed them. 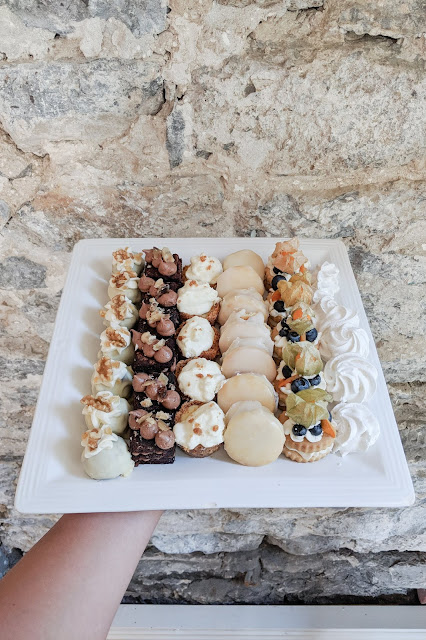 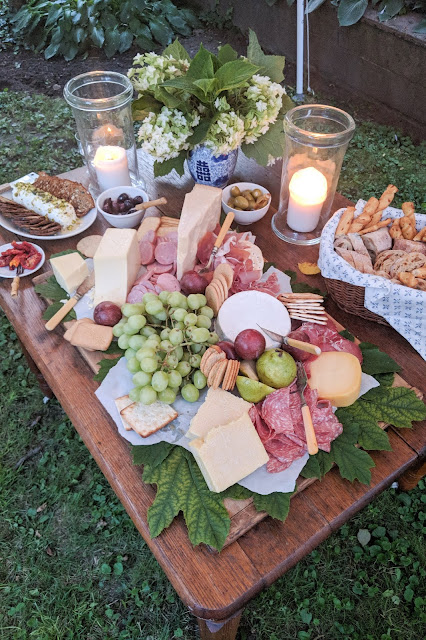 As for the savory side of things, I did what I was comfortable with. A large charcuterie board for people to pick at. Most of the items can be purchased in advance - the cheese, the sliced meats, the crackers and olives and nuts... All bought and ready to assemble just before guests arrive. And you know what, this is the easiest thing to do. It looks intimidating, maybe, but it's not. It's all in the placement. Have a good mix of meats and cheeses, line the board with Hydrangea or fig leaves (also, compliments of Ina), add some pretty fruits and crackers tucked between to fill holes, and call it done.

These have become so popular that companies have made it even easier to do. You can find packages of meats that have a few different varieties, and you can buy an entertaining pack of assorted crackers. The variety of things also makes it look visually appealing. For a board this size, I tend to stick to the following - a wheel of a double cream Brie, a huge wedge of Parmesan, a simple aged Cheddar, and a couple other simple choices like a Gouda or Stilton or something. And they don't have to be fine cheeses, just good ones. Most people are happy with these choices. They're all available at Costco, so you get so much more for your money. Had I have spent the same amount at a proper cheese shop, the board wouldn't have fed nearly as many people, nor looked anywhere close to this full. Add some sliced baguette, some different olives and some nuts and call it done! The only cheese I kept separate was the goat's cheese. I dressed up a simple log by drizzling honey over it and sprinkling it with crushed pistachios. 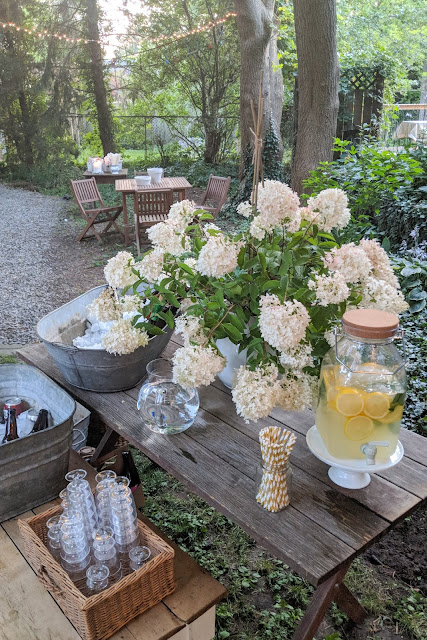 For drinks, I kept it simple. Water and Basil Lemonade, and then a couple bottles of wine for those who weren't trying the beers. 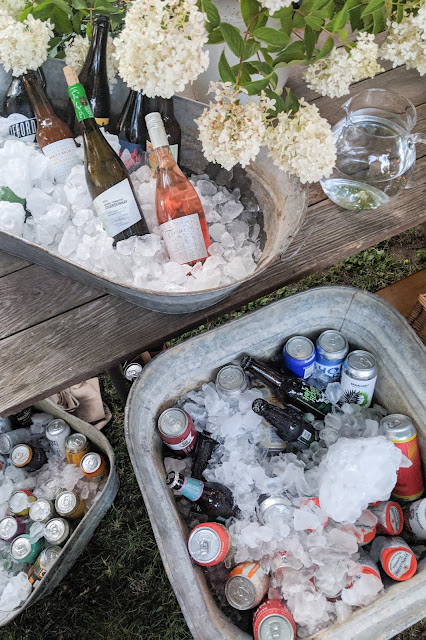 I love these antique tubs for holding drinks. They work so well, but they also look so much prettier than a giant cooler.

So, I've never tried attaching a video before, but as I was kind of lacking photos from the actual evening, I thought I would attempt to attach some videos I took throughout the night. Fingers-crossed they work! This one is the s'mores station.

This is the band, Laurel & Hulley. 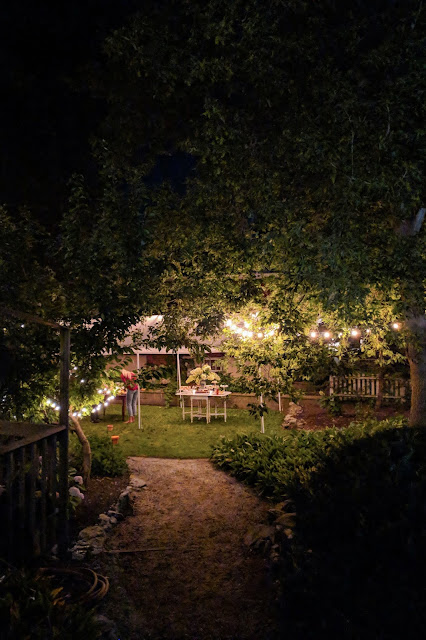 And the third and grandest finale of the fireworks show. 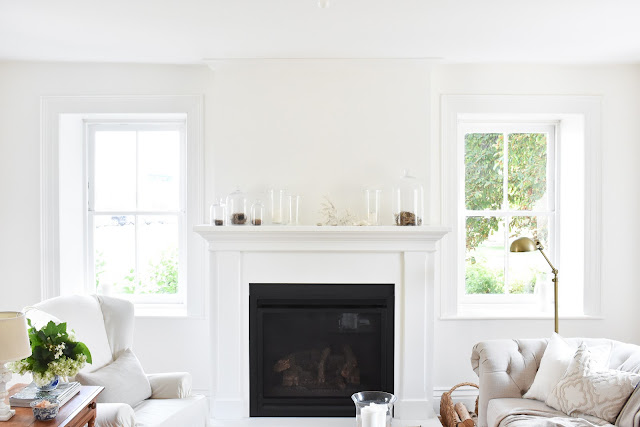 Because I tried to keep the decor quite simple, it meant that cleanup was a lot easier. 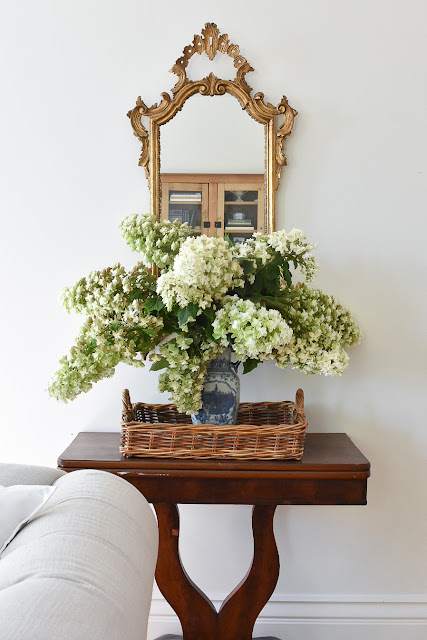 And I enjoyed the gorgeous bouquets around the hours for the next while! 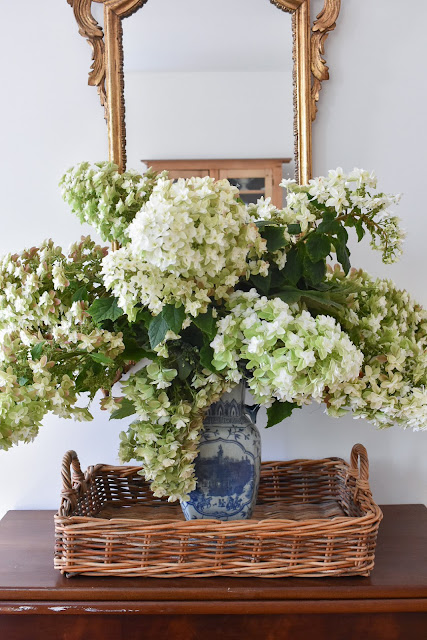 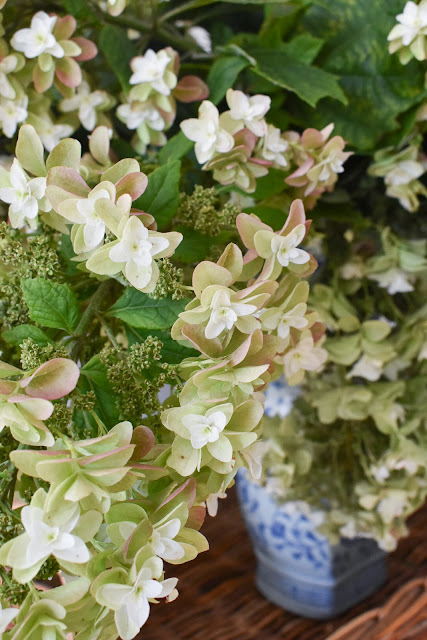 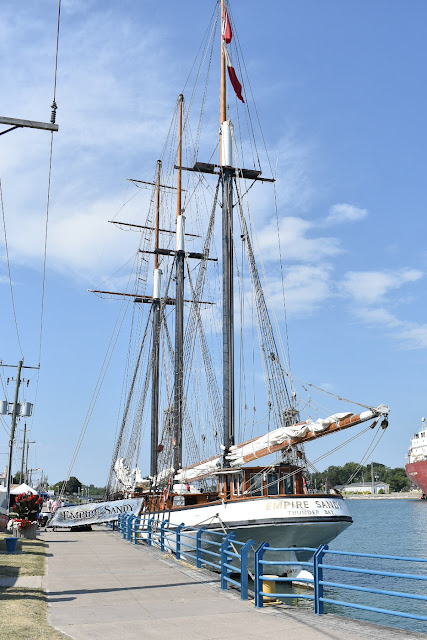 The next afternoon, as is tradition for us, we walked with the boys to see the tall ships and pick a treat to share. The boys wanted to try a giant funnel cake with Nutella and a footlong corn dog! So, so good. 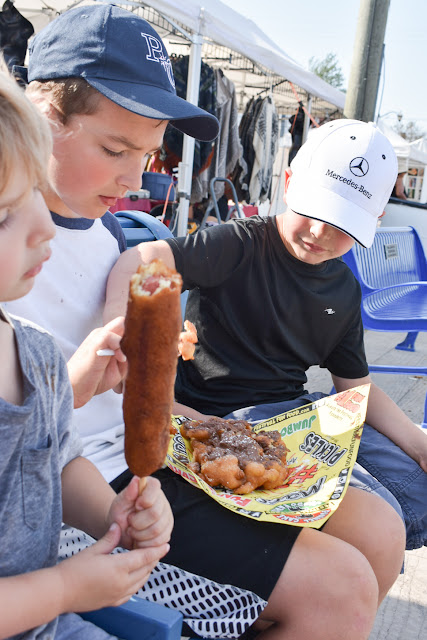 It's always a highlight of our summer and we love living so close to it. It's an evening we all look forward to as a family, and hosting a party always makes it extra special. It's also especially nice to enjoy all the craziness without having to leave the comfort of our yard!