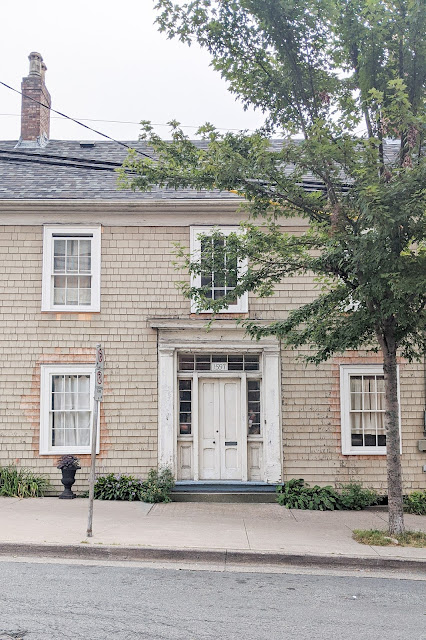 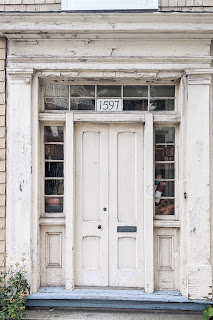 The other weekend, we spent a night in the city. Halifax isn't too far from us, but with everything going on lately, we've sort of avoided going since spring. While we do have everything we need locally, the city is always an interesting change of scenery. So when we couldn't put off going any longer, we decided to give ourselves lots of time to explore. One of my favourite things to do is walk around and see the historic buildings. The British settlers arrived in 1749, so it's a city that has a rich history, and therefore an abundance of beautiful old architecture to admire. Of all of the old homes I walked past, 1597 Dresden Row was my favourite. 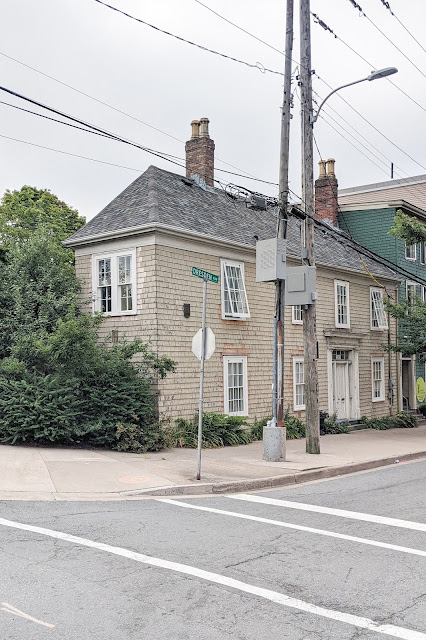 Built in 1835, the Bollard House is a five-sided home that was designed to fit the small, irregular plot of land it sits on. It's one of the oldest wooden houses still standing in the city and has become a local landmark. Bordering three streets, it faces Citadel Hill ( the old fort) and is only a few blocks from the Public Gardens. It's said that it's unique shape resembles that of the stern of a ship, which is fitting given it resides in the city who's port was known as the gateway to North America. 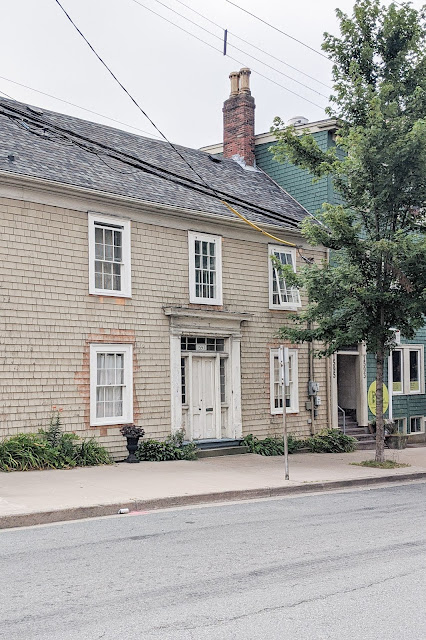 I just think it's completely peculiar, and reminiscent of something you'd stumble upon down some cobblestone street in London. I can only imagine what it must look like inside. There's probably a triangular closet or a sitting room with five walls. I'm sure for years it's owners have probably fretted over sofa placements and trying to create symmetry where it simply wasn't possible. That, or they completely embraced it's uniqueness, and lived out their days in their cozy five-sided house on the corner. 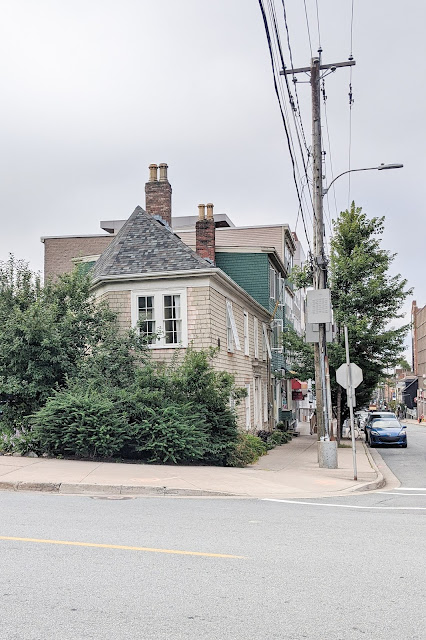 Just look at that profile! It's out of a storybook. 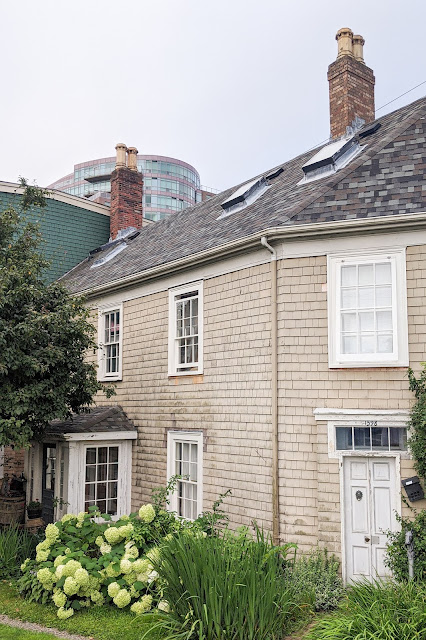 There is a tiny garden around the back, completely with two large apple trees. There are three separate entrances, one with a charming little portico, and the other two, each with a pair of narrow doors instead of one larger one. There are plenty of windows, most of which open out instead of sliding up, and the two chimneys have the most beautiful brass flues.

While we did spend a decent amount of time walking around a few neighborhoods, there are so many other's that I'm looking forward to spending more time in. I'm sure there will be other homes I fall in love with, but I think I'll be hard-pressed to find one quite as interesting as this one!
Posted by the growers daughter at 6:00 AM 2 comments: