Christmas in the Living and Dining Rooms 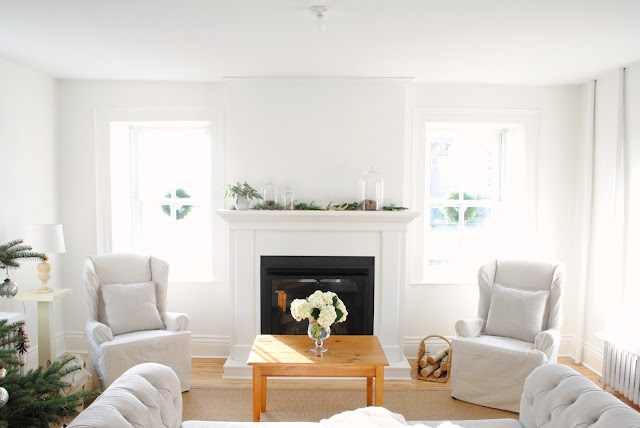 Only four more days until Christmas. 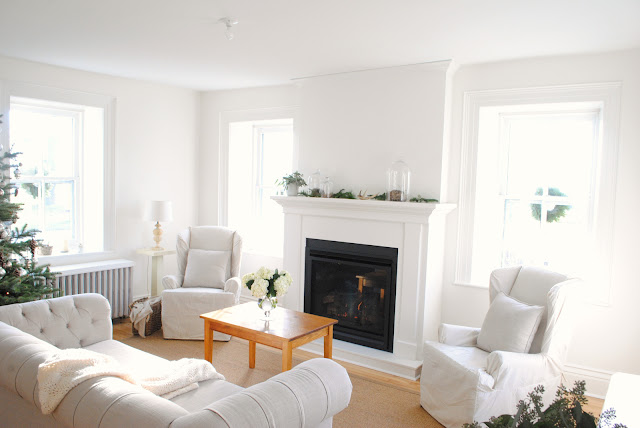 There isn't much I've added to the living room for Christmas, just some greens tucked here and there.

I did have a large garland draped over the mantel, but it was real, and it dried out so quickly. I couldn't deal with the mess. So I just removed it and replaced with my my larger glass cloches with nests under them, and some simple greens tucked around them.

You can also see the backs of the wreaths from the outside windows, and even though they are the backs, they are still pretty. 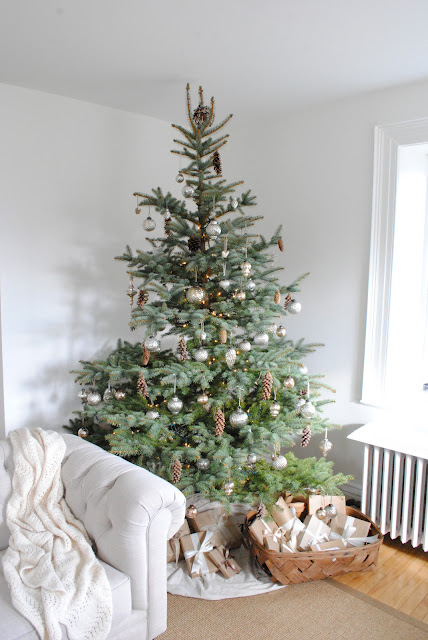 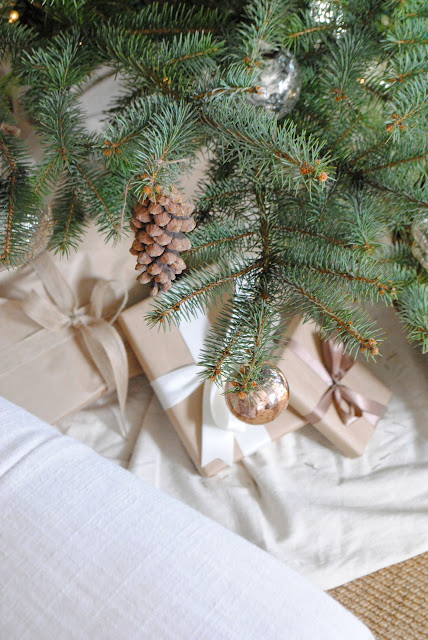 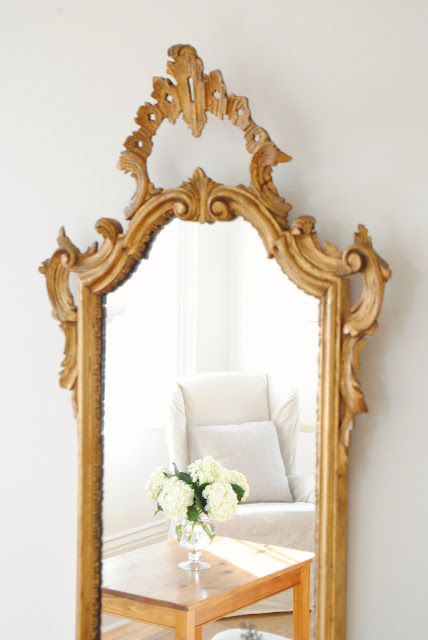 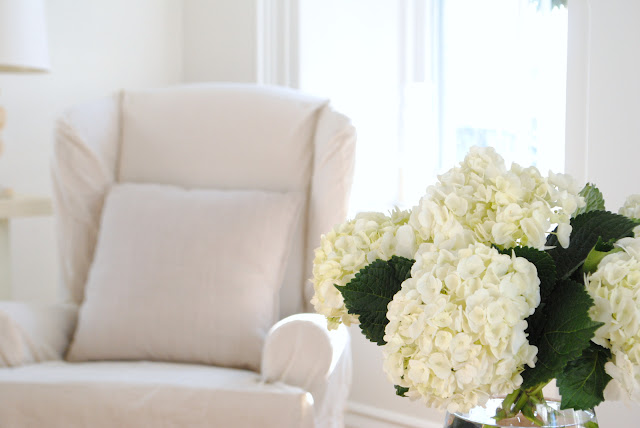 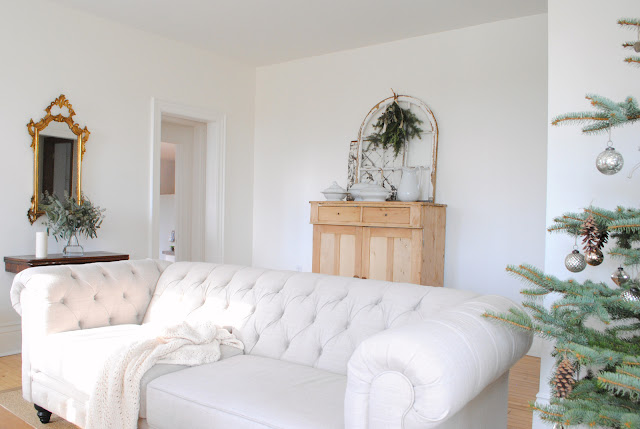 I used an old salvaged window and ceiling tile to hang some boughs from on the old pine cabinet. It adds some height and character. 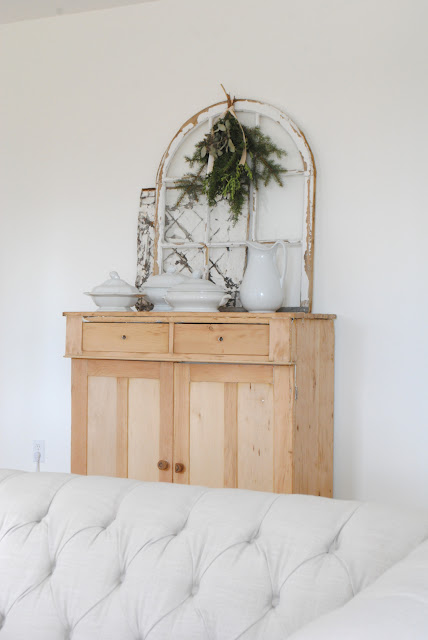 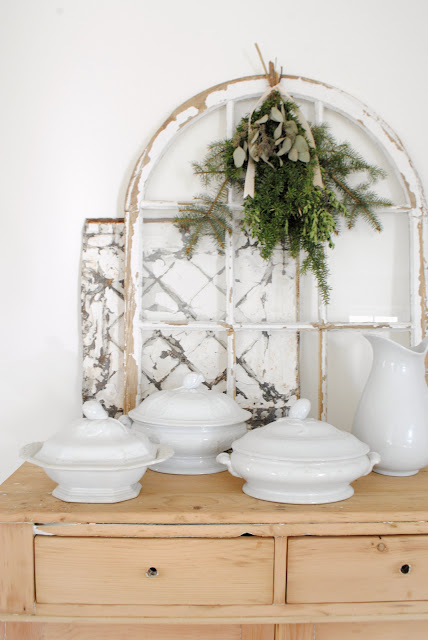 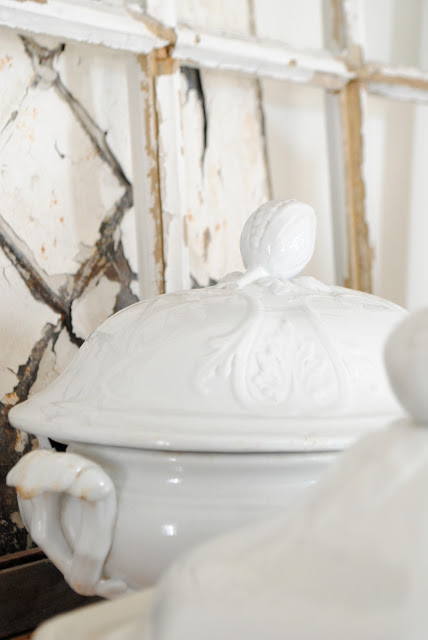 I love the beautiful patina. 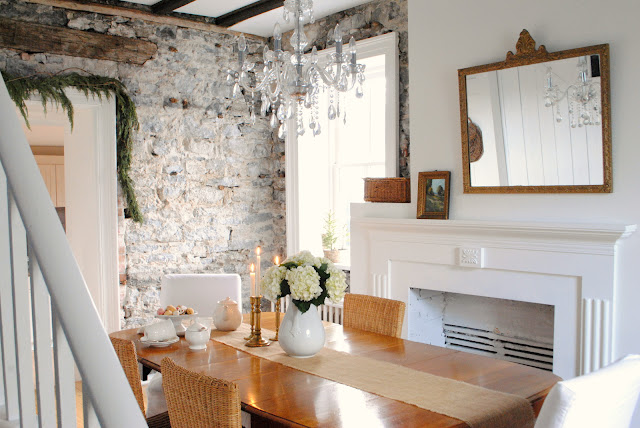 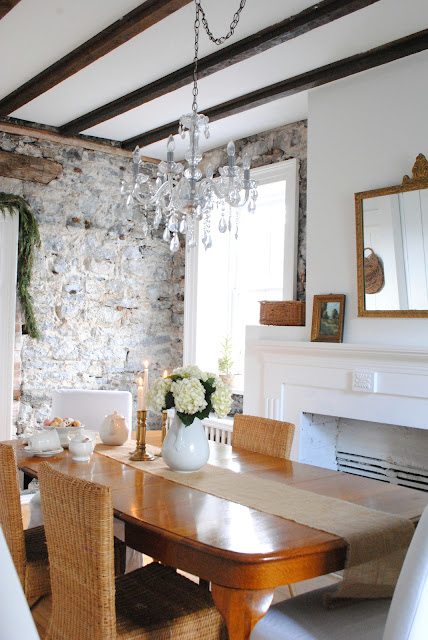 The simple decorating continued into the dining room - it just has so much character itself, I don't feel the need to add much to it. 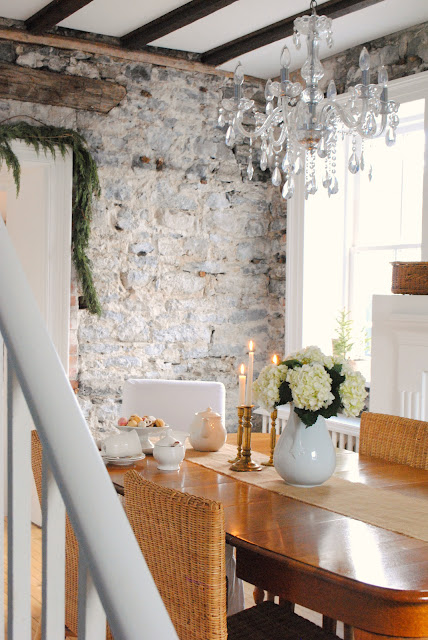 I hung a garland over the doorway in the kitchen. It just looks gorgeous draped against the stone work. It's also not near the fireplace, so it's stayed fresh enough. 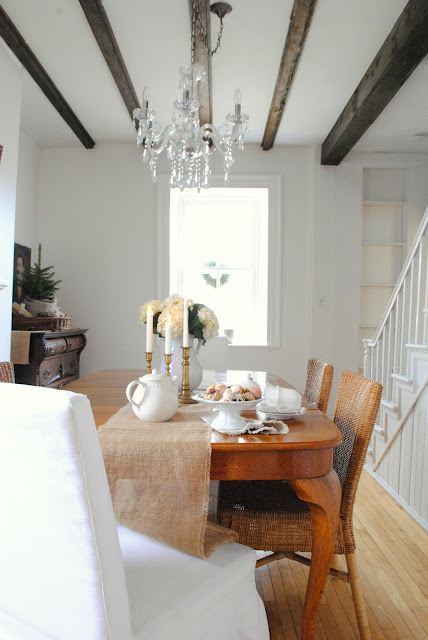 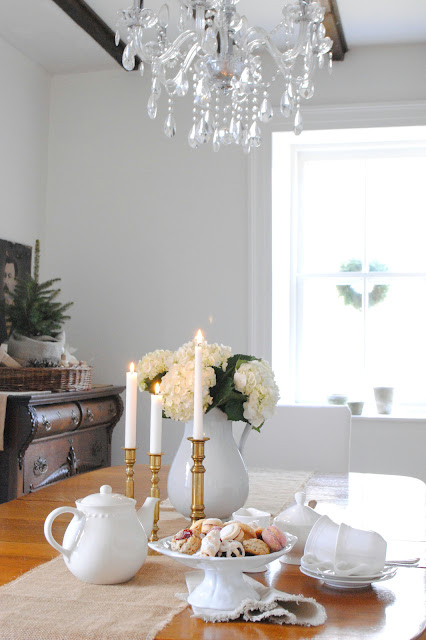 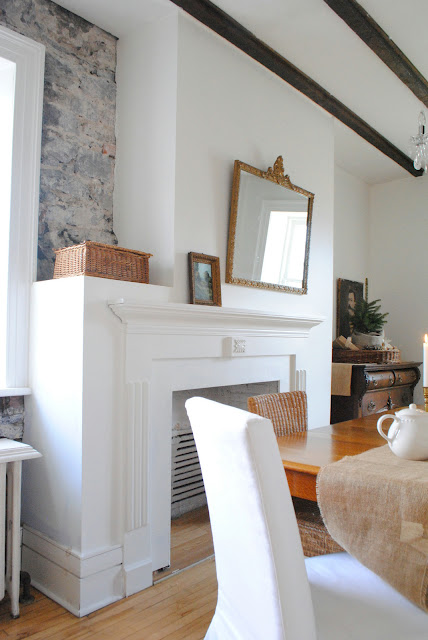 Just a simple painting on the mantel. We've had a few gatherings and people are always congregating around the dining room table, so it just doesn't work having much on here. It just gets in the way. 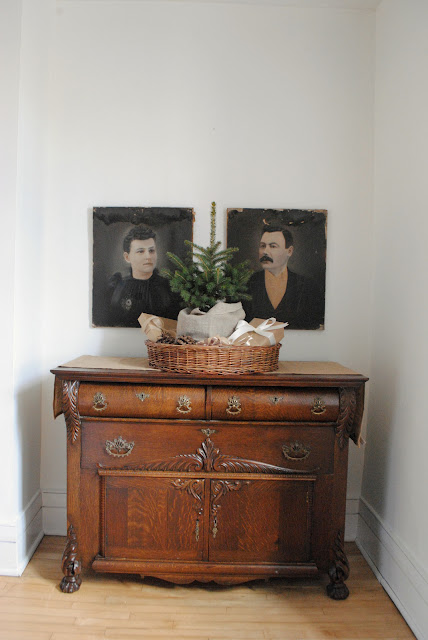 I did put a potted tree on the buffet in this gorgeous basket I recently purchased. I used an old linen towel to hide the pail and then tucked a few gifts and pine cones around it. 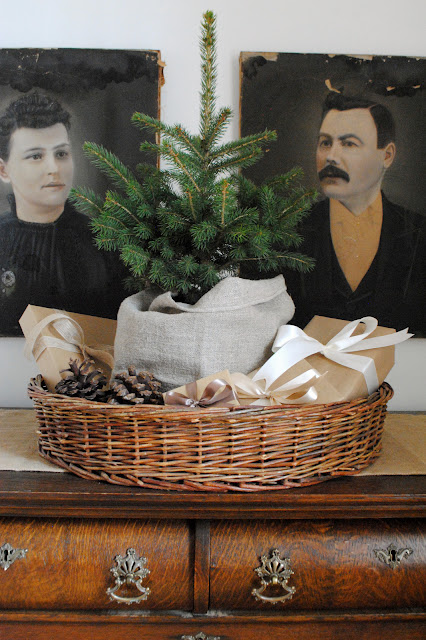 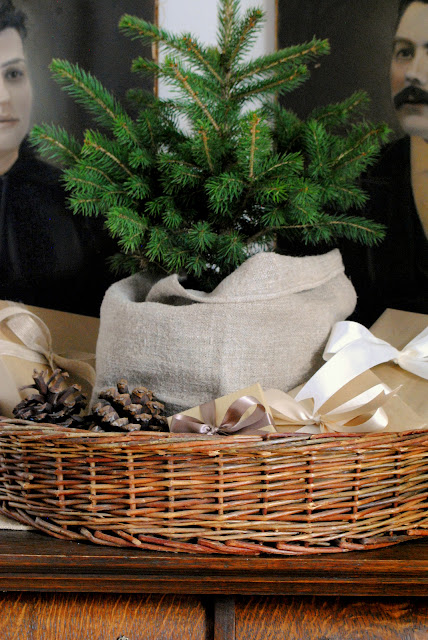 I'm looking forward to setting the table for brunch on Christmas morning.
Posted by the growers daughter at 12:11 PM