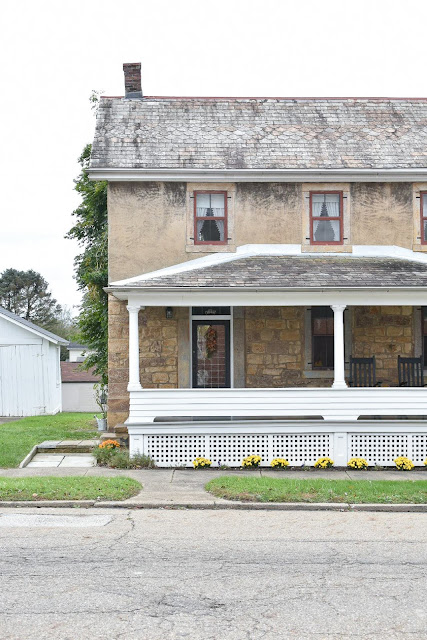 This is the lovely stone cottage we rented through Airbnb. It's located in Navarre, Ohio and was built in 1846.

The night we arrived, it was quite cold and dark. We had been up since 4 in the morning and then spent the day touring around. But on the way into town, we passed the local high school. The field was lit up, the stands were packed and the field was covered in football players, cheerleaders on the sidelines and two marching bands. It was a Friday night football game! Welcome to the U S of A. The boys were so excited (even Ryan admitted he would love to stop and watch) so off we went. "It's kind of like hockey but with no sticks and ice!" announced Hudson as we made our way to the field. Unfortunately, the minute we got to the entrance it started pouring.We had umbrellas and raincoats, but we could only make it through about 20 minutes. It was just too much for the littlest ones.

Driving up to this old house was such a warm welcome. We were so excited when we opened the front door because honestly, the photos online didn't do it justice. And really, neither will mine. But here they are anyway. 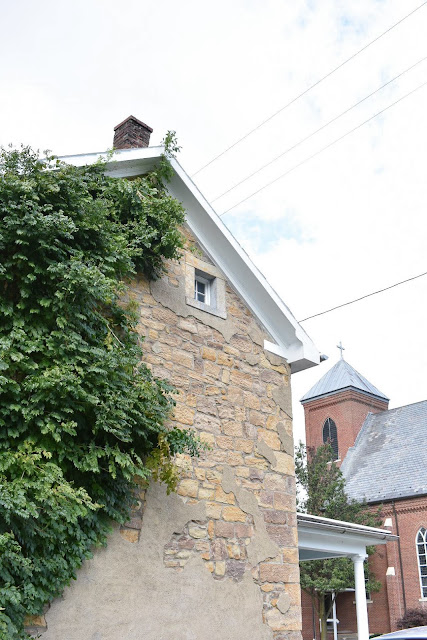 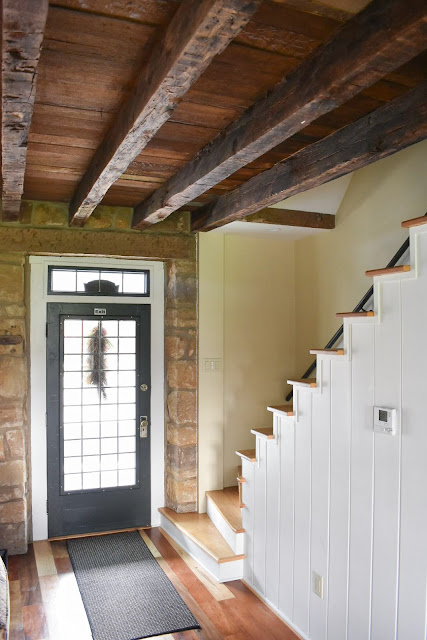 The entire house must have been redone - a total gut job. 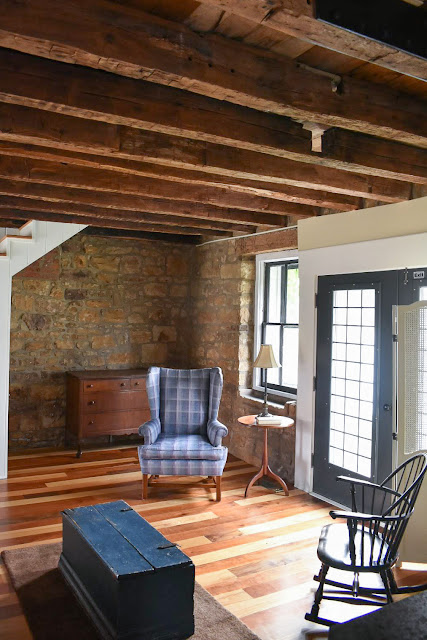 Thankfully, all of the beautiful character was left, and in some cases, made more beautiful. The exposed stone looks like it has been re-pointed. The beams have been exposed, but all the electrical and plumbing has been moved and hidden. This makes everything look clean. 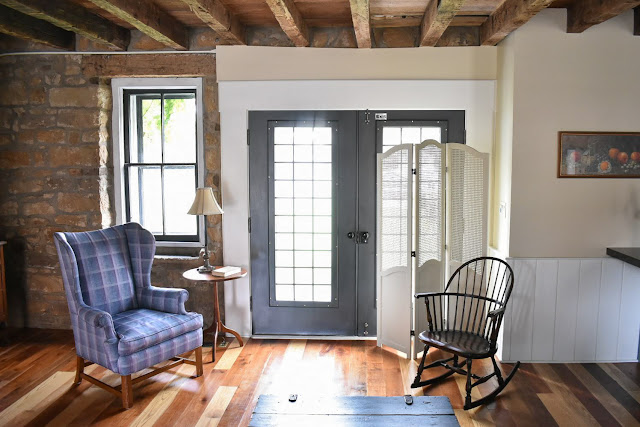 Patio doors to the back yard allow for extra light. The hidden plumbing and vents are to the right, in the bump out. 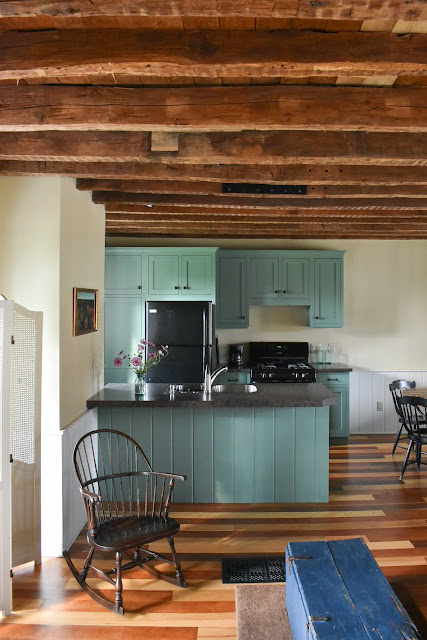 There is a brand new kitchen. 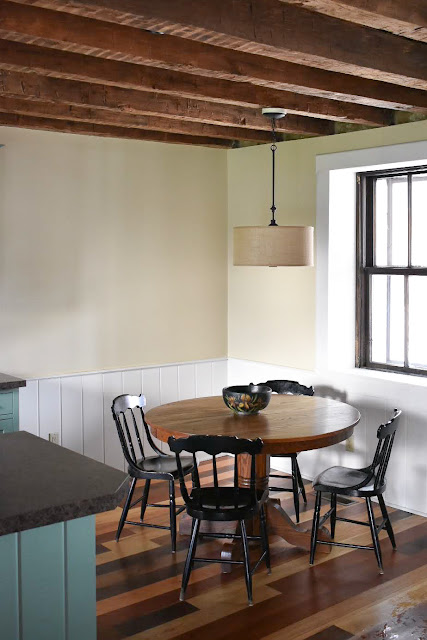 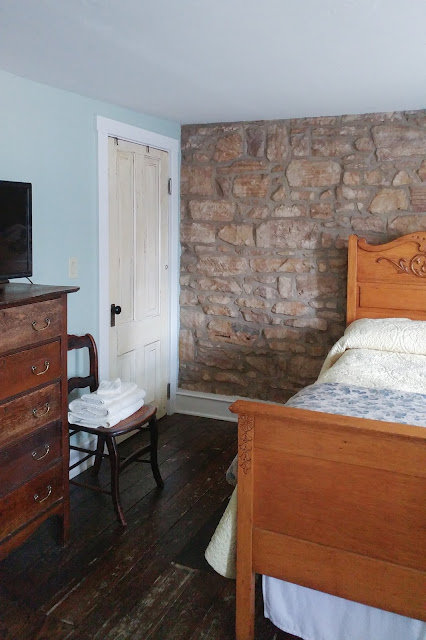 And then upstairs, there are two bedrooms, and a bathroom. This is the master bedroom. It's a good size, though it had a double bed. I think this may be because it would be hard to get a queen sized box spring up the stairs. 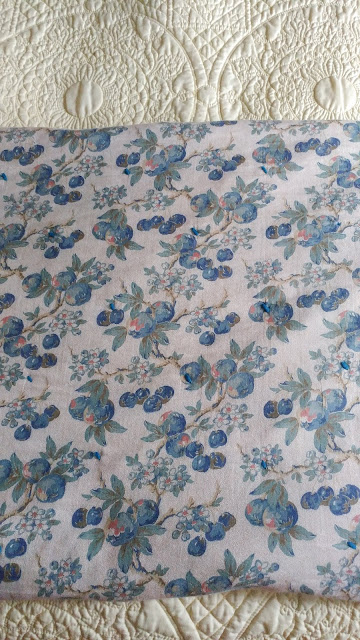 I'm very picky when it comes to quilts, but she had a couple lovely ones! The blue one was actually the reverse side of a very classic, busy quilt, but I so preferred this fabric. 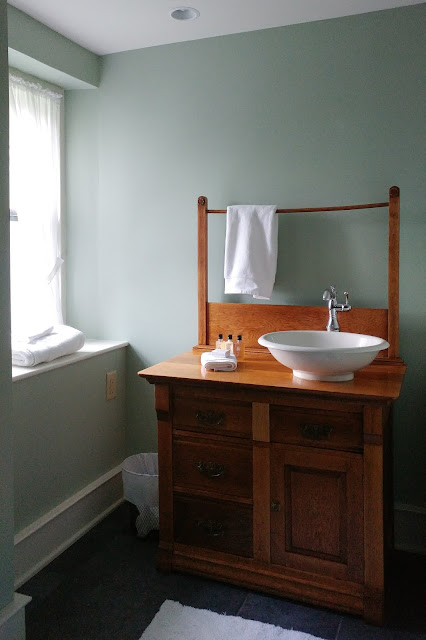 The bathroom is also lovely with a large shower (though no tub), and an antique wash stand that has been made into a sink. 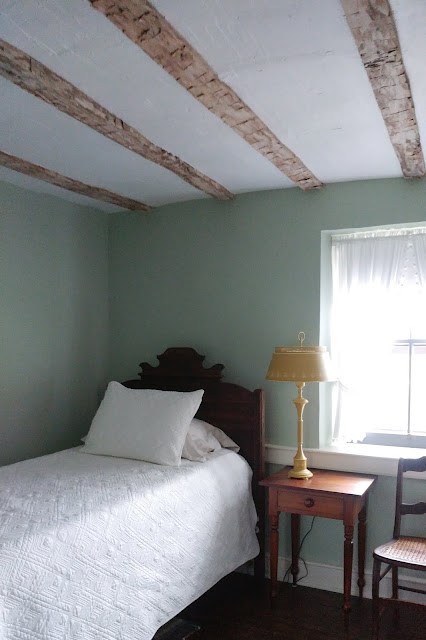 The second smaller bedroom is also so charming with it's exposed beams. It has a tiny door which lead to a tiny ladder-like staircase to the the attic space. It hadn't been touched, but it would make a cozy loft space.

It was so nice to have a whole house to ourselves - especially for the kids. It gave them room to play and stretch out (or separate) after being in the car for so long. And we had everything we would need, including access to laundry, which was very handy.

For a rental house, it was furnished nicely, but it was so fun to sit with my coffee, dreaming up how I would furnish it if it was ours. With a house this full of character, it doesn't take much!
Posted by the growers daughter at 8:42 AM